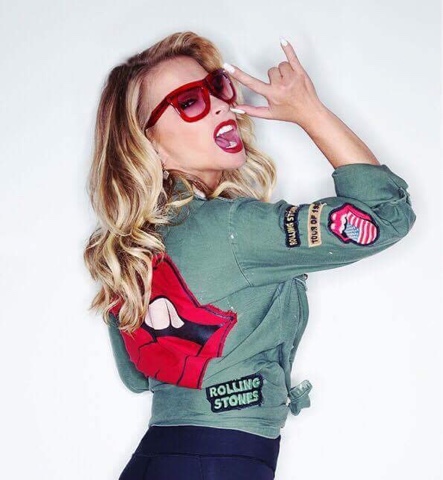 Having recently exploded back on to our screens as a contestant on BBC Strictly Come Dancing, we chat to the Chicago born vocal powerhouse Anastacia, about the show, her upcoming UK Ultimate Collection tour and her new records!

A - I'm great thank you, it's a lovely sunny day here!

W&W - Yes here in Cardiff too! It's Nathan Wyburn speaking, we've met before with the sushi art and I've also done the gold glitter...

A - OMG you're the artist, I can't believe you're interviewing me right now!

W&W - I know it's crazy for me too, I also write for Cardiff times so this is an honour for me!

A - I literally just retweeted your glitter artwork because I'm so thankful you're doing that, thank you! This is hillair! 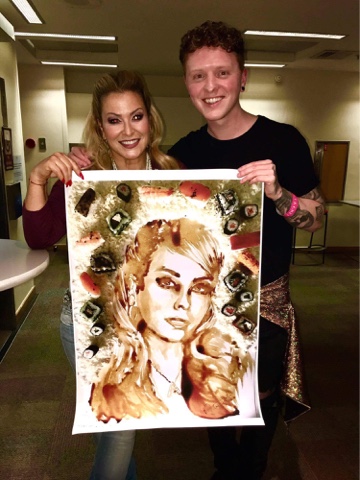 W&W - Thank you!
So.. Ultimate collection tour, the next leg is due to start in May, how excited are you?

A - I'm really excited! It was hard for me to put a pause button on my current tour, as it was becoming like my dream tour, but I was deciding to do strictly at the time and keeping that secret was difficult enough, I obviously didn't want to stop the tour as it was so magical at that time. It was bitter sweet because I knew it was coming back with way more dates on the other end here!

W&W - And of course you get to see much more of the UK... Including Cardiff! The last time you were here was probably the Here Come The Girls Tour? (With LuLu, Chaka Khan & Heather Small)

A - Exactly!! Yeah you're absolutely right! Now this is a greatest hits tour, where the fans get to hear and even be reminded what they loved about me, in a similar way to the response i've had on the show (Strictly) where I'd see tweets from people remembering what I was like way back when - but now people are excited to see that I'm actually back on the scene here doing my thing! 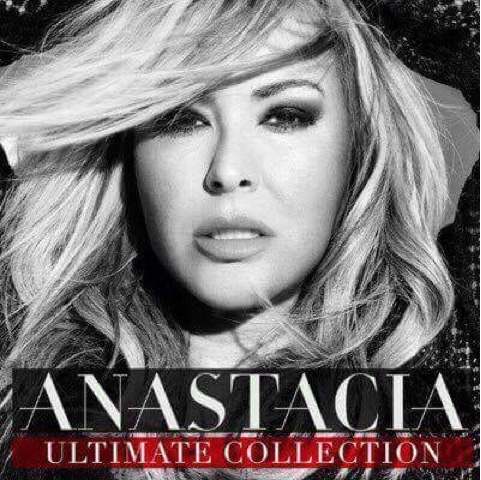 W&W - The new album is A4app, great name! You're quite known for your technology skills...

A- Haha you know what, I'm technically challenged so I'm really impressed with how this came about. I get so much from the fans, and I try to give so much back to you. I didn't want it to be expensive for the fans so we played around a little and we discussed the idea about doing an app! So we designed something that was more chat based, like a fan hub that we could do a song vote from.. And I was like that sounds amazeballs! The app is becoming bigger than I thought it would be - so many people are joining. When we decided to record the songs, we didn't know what would happen, it was really so I could hear them back. I didn't want the moment to happen and then never get heard again, and we sat down with the recordings and realised it was pretty awesome! I've never done live recordings so it was great and it's inspired me to want to do it again in some other capacity - maybe some kind of symphony tour in the future that would have to be recorded. It felt like destiny so it's A4app because it's the app that made these particular songs come back to life!

W&W - So is it songs like Underground Army that weren't on any of your albums, that the fans voted for you to sing live during the last leg of the tour?

A - Exactly. It's great because the people who aren't the uber fans, the Instagram and Twitter followers etc who don't know many of the B sides or songs that aren't on the albums, to them this will feel like an album of originals - which is really great but I am coming out with a brand new originals album next year! This album is really part of the tour, it's on Pledge now for pre order and will eventually be on iTunes!

W&W - You announced last week you're about to start work on the new originals album...

A - Yes I'm already about to start writing in Sweden, and I'll be writing throughout the year. It's hard to know how long it'll take because I'll be touring at the same time, but I'll be taking out time to write! I wrote Take This Chance on Skype (for the Ultimate Collection album) so random influences from producers I meet along the way etc and inspiration can just happen!

W&W - Of course, and whilst touring it can come from new experiences and emotions along the way!

A - Yeah that's it, I haven't really written an originals album since Resurrection. So I have experienced a lot of amazing experiences, emotions and people so there's really a lot more wonderful things that have happened that I can share through songwriting. What I feel I sing and then there's the world that changing so dramatically, who knows what's going to come out! 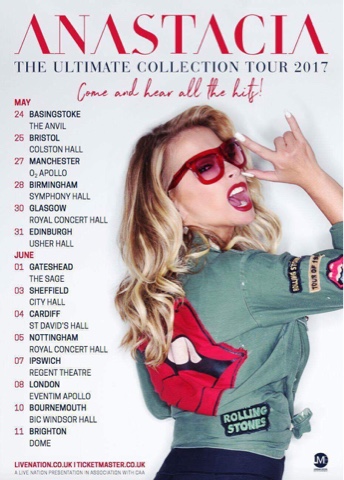 W&W - Strictly! Firstly well done, it's been great having you on our screens, and your fee.. you donated direct to Cancer Research!

A- That's right. I'm disappointed because when I got injured I just wasn't able to do what I know I could've done. It's a shame because I was in really good shape, I was always in heals from 60 plus shows.. I had no muscle issues and my heart was in great condition. All signs were pointed towards a little more longevity.. Even on one of my favourite dances that I knew I would've killed, Salsa is my thing.. I even break down part of a routine in to a Latin explosion, so it was so disappointing for me. It ended up having such a negative energy around the injury, so I'm just excited to relive all that some way, some how in my life again!

W&W - You could throw it in the tour!

W&W - Thank you so much for your time Anastacia, good luck with everything and see you Cardiff!

A - Thank you so much byeeee!

Popular posts from this blog

September 06, 2017
Gershwin, Glamour & Glitz! Crazy For You is a Glorious Hit! Cardiff went crazy for Crazy For You Tuesday night at The Wales Millennium Centre. Featuring probably the most talented ensemble ever to grace a stage, these guys act, sing, dance and if that ain't enough provide the music to the Gershwin brothers beloved score.  It's clear why Tom Chambers stole the show and the prize on BBC Ones Strictly Come Dancing, like the energiser bunny on acid he dances with pace, grace and the stamina of an athlete while singing those big Gershwin numbers. He's charismatic and hugely entertaining as Bobby Child and there's great onstage chemistry between him and Charlotte Wakefield (Polly Baker). Big surprise of the night goes to Caroline Flack who's voice was beautiful, strong and convincing in the fabulous role of broadway vamp Irene Roth.  Crazy For You has it all, the big numbers, slickly choreographed routines and lots of laughs. The scene between Chambers and Nei
1 comment
Read more

September 21, 2016
Just like everyone that knew Bernard Poyser we was devastated to hear of his sudden passing this month. Bernard was a great supporter of any event we was involved in, along with his wife Sandra and daughter Mel he volunteered every year at The Great Roath Bake Off and attended every RoathRocks gig. It was only a month ago he attended Nathan's  exhibition in the city centre, causing chaos as he manoeuvred his mobility scooter in the small exhibition area. Bernie was the life and soul of the party, always telling jokes and always laughing. We will miss the laughs, we will miss the jokes and the singing, your tales of the swinging sixties often had us in shock but always hysterics. This month we honour our friend The Cardiff Times Cardiffian Of The Month. Bernard married Sandra in 1967 and they had Melanie and Christian in the early 70s. They lived in Roath for 44 years. (He grew up in Llanishen). Bernard was a motor mechanic by trade.  He started working at J Sherlock and Son
Post a comment
Read more

The Overtones: Interview With Timmy Matley

August 08, 2016
The Overtones are heading back to Cardiff on Sept 2nd with a show at St David's Hall. The five piece band have been wowing audiences singing do-wop 50's style pop classics for the last decade and their show at St David's promises to be a showstopper featuring songs from their last five albums. We caught up with Timmy Matley to talk about the bands rise to stardom and his proud Welsh roots! W&W: Hi Timmy, so is it true you were all painters and decorators? Timmy: Haha.. Yes! We were singers first and foremost, we were working in bars and restaurants, I was working in TGI Fridays in Covent Garden so we set up the painting and decorating business so we could spend time together and rehearse and get some cash together, it just made sense.  W&W: It paid the way.. Timmy: Yeah, it let us pay for studio time and so on, it's expensive living in London. We was really passionate about what we do and it helped us get to our dream job which is singing in the band. It sounds
Post a comment
Read more